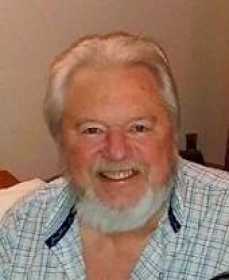 Mark was a Highland Park High School graduate of 1969. He attended Kaw Valley Vo-Tech / Now Washburn Tech. After High School he attended Washburn University and served in the Kansas National Guard. He attended a computer school in Kansas City, Kan., for a year.

Mark had lived in Elmont and then Perry, Kan. After retiring he moved to Lake of the Ozarks where he wanted it to be his final resting place. Mark enjoyed driving his corvettes - was a member of the corvette club, boating at Perry Lake and Lake of the Ozarks. He also loved spending time at the cabin and going hunting.

Survivors include one sister, Denise A. Dean (Edward) of Topeka, Kan.; cousins, Elaine O’Rear and her husband, Darrell, of Kansas City, Mo., and Timothy Gotschall and Stephanie of Nevada.

A private memorial service with military honors will be held at a later date.

Memorials are suggested in his memory to the Alzheimer’s Association in care of Ferry Funeral Home.