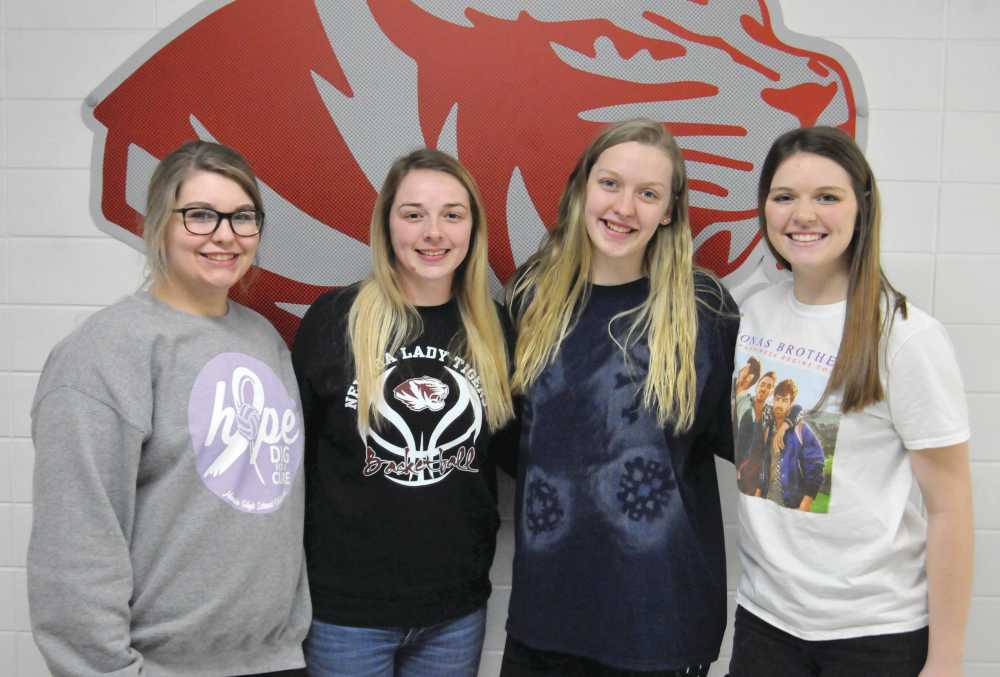 Nevada High's annual Courtwarming ceremony is slated for Friday evening, and set to take place at 6 p.m., prior to tip-off of the boys' varsity basketball contest versus Cassville at Wynn Gym.

The candidates are seniors Teagan Charles, Payge Dahmer, Dacey Turner, and Makana Wilde. The Daily Mail spoke with the quartet of candidates about the upcoming event, in which the winner is determined by a school-wide vote of their fellow peers.

“It’s pretty exciting,” said Charles. “I was nominated for Homecoming (queen) too, so it’s pretty cool just to be nominated again. To be able to go out there and know that I’m supporting the school, and showing them my pride.”

“I have crutches,” Charles said with a chuckle, of her sales pitch to her fellow students casting a vote. Charles, a starting senior forward on the Lady Tiger varsity basketball team, recently had her season come to a close after sustaining a serious knee injury.

“I’m extremely excited,” she said. “It’s really, a big honor, to just be nominated. Because it shows that people are actually thinking about you, and that you’re important to everybody else.”

Turner, a member of NHS Show Choir, said she’s thrilled for the opportunity to share the spotlight with her friends.

“I feel like I’m kind of the black sheep of this group,” she said with a wry smile. “It’s just a really big honor to be nominated with some of my best friends — that I’ve known since second-grade.”

Also scheduled for Friday, is an NHS Wall of Fame induction ceremony, to be held at 7:45 p.m., prior to tip-off of the girls’ varsity basketball game. Those set for induction are Joe Bradham, Jennifer McCullough, Mandy Shaw, Bill Wynn, and the 2010 Nevada Lady Tiger state champion softball team.