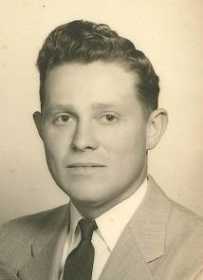 James Franklin Dean, 90, of Nevada, departed this life on Thursday April 2, 2020, at Mercy Hospital in Joplin, Mo., after a sudden illness.

James grew up in Horton and graduated from Metz High School in 1947. He was drafted into the United States Marine Corp in 1951 and was a veteran of the Korean War. After his honorable discharge James returned to Horton where he purchased a lime truck and hauled lime for several years.

James was united in marriage with Doris J. Phipps on Nov. 13, 1954. Shortly thereafter he sold the lime truck and purchased his own grain truck and trailer, for which he owned and operated for many years. Also, during this time he maintained a farm consisting of cattle, hogs and row crops.

In later years he sold the grain truck and trailer to focus on his two main passions, his family and cattle farming. Those two things remained his main focus until the end of his days. James will be remembered for his hard work, devotion, and love for his family and farm.

James was preceded in death by his mother, Irene W. Johnson and father, Robert S. Dean.

Private graveside services with Military Honors will be held at 11 a.m., Tuesday, April 7, in the Marvin Chapel Cemetery, Nevada.