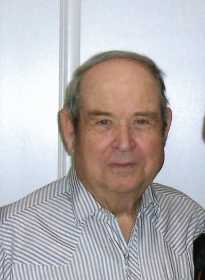 Frank S. Sinsley, beloved father and husband, passed away on May 2, 2020. He was born in Santa Ana, Calif., May 25 , 1935. His family moved from California to Oregon and finally to Missouri while he was a child.

He spent his formative years at a farm, near Nevada, Mo., before working construction, then joining the Army for nine years, where he spent time in Germany and South Korea. He met his wife, Betty Holland, in 1966 and they were married in 1967 and spent the last 53 years together living in Independence most of that time.

Frank joined the postal service as a letter carrier in 1966 and retired from there in 1992. He then became a courier for APS in 1993 and retired from there in 1998.Over the years he also did remodeling, painting, lawn care, and home repair to provide extra income to support his family. He was an avid fisherman, as well as, enjoyed gardening and keeping his own home in tip-top shape.

He also enjoyed watching baseball, as well as, being known as a fantastic pitcher in his church softball league. He loved his family beyond measure and was always there for them no matter the situation. He was also notorious for his quick wit and love of telling jokes to make others laugh.

He was preceded in death by his parents, Frank L. and Dorothy T. (Brumund) Sinsley; as well as sisters, Mildred Jones, Helen Carnes, and Alice Torgerson. He is survived by his wife, Betty; son, Ron; as well as siblings, Dorothy Williams, Lloyd Sinsley and Jeannette George; and numerous nephews, nieces and friends.

No funeral services will be held, but a Celebration of Life gathering for family and close friends will be held at a later date. In lieu of flowers, you may send a donation to the American Kidney Fund. Arrangements conducted by Chapel of Memories Funeral Home. Condolences may be left on the chapel's website.