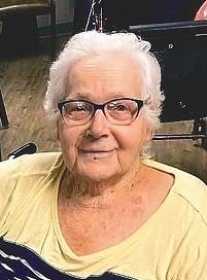 Norma was raised in Mannford, Okla., and moved to California in the early 1950s. She moved to the Sheldon area in 1966 and in addition to being a housewife she worked at the Nevada State Hospital for 20 years retiring in 1987. Norma was known for her expert quilting, her love of music, gardening, cooking for her family, and taking care of her grandchildren.

Funeral services will be held at 2 p.m., Wednesday, June 3, at Ferry Funeral Home, in Nevada, with Pastor Brent Jackson officiating. Interment will follow in Olive Branch Cemetery in Milo, Mo. The family will receive friends from 5 to 7 p.m., Tuesday, at the funeral home.