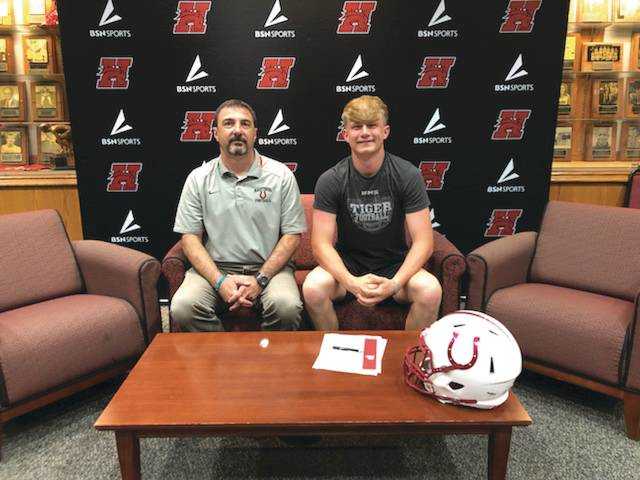 Nevada High School graduating senior Matt Thorp recently signed a national letter-of-intent with Hastings (Neb.) College, where he's set to join the school's football program. Under Nevada High head coach Wes Beachler's tutelage, Thorp started as varsity quarterback his sophomore season, and part of his junior campaign. He then transitioned to running back as a senior this past season, where he was arguably the team's most productive offensive player. On the defensive side of the ball, Thorp was a defensive back. At Hastings, Thorp is expected to compete for the starting quarterback position. Additionally, Thorp was a member of the NHS basketball team, and an integral part of the varsity rotation as a senior.

Hastings College, of the National Association of Intercollegiate Athletics (NAIA), is a member of the Great Plains Conference. The football team finished 2-8 overall a season ago.