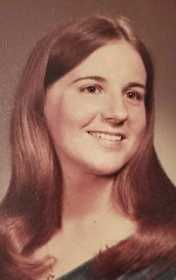 Debbie Anne Hudson, 63, of Sheldon, passed away on Saturday, June 13, 2020, at the Kansas City Hospice House, Kansas City, Mo., following a courageous battle with ALS. Debbie was born on Aug. 14, 1956, in Nevada, to Donald and Darlene (Holland) Doolin. On Aug. 3, 1974, she was married to Michael Hudson and he survives of the home. Debbie grew up in Sheldon and graduated from the Sheldon High School in 1974. Following high school Debbie went to work for the Sheldon State Bank in Sheldon (later Heritage State Bank) and retired in 2019 after 45 years due to her illness. Debbie was a very caring wife and mother, whose greatest joy in life was spending time with her family. Some of her favorite times were Sunday's spent cooking dinner and gathering with those she loved. Debbie loved being a nana and never missed the activities of her grandchildren.

She was preceded in death by her father, Don Doolin; grandson, Blake Hart; father-in-law, Max Hudson; and brother-in-law, Dennis Antes.

Funeral services will be held at 10:30 a.m., Thursday, June 18, at Nevada Assembly of God Church with Pastor Dan Doolin officiating. Interment will follow in the Sheldon, Cemetery, Sheldon, Mo. The family will receive friends from 5 to 7 p.m., Wednesday, at Ferry Funeral Home in Nevada.

In lieu of flowers, contributions may be made to the Nevada High School Track & Field Team through the Nevada R-5 Foundation.