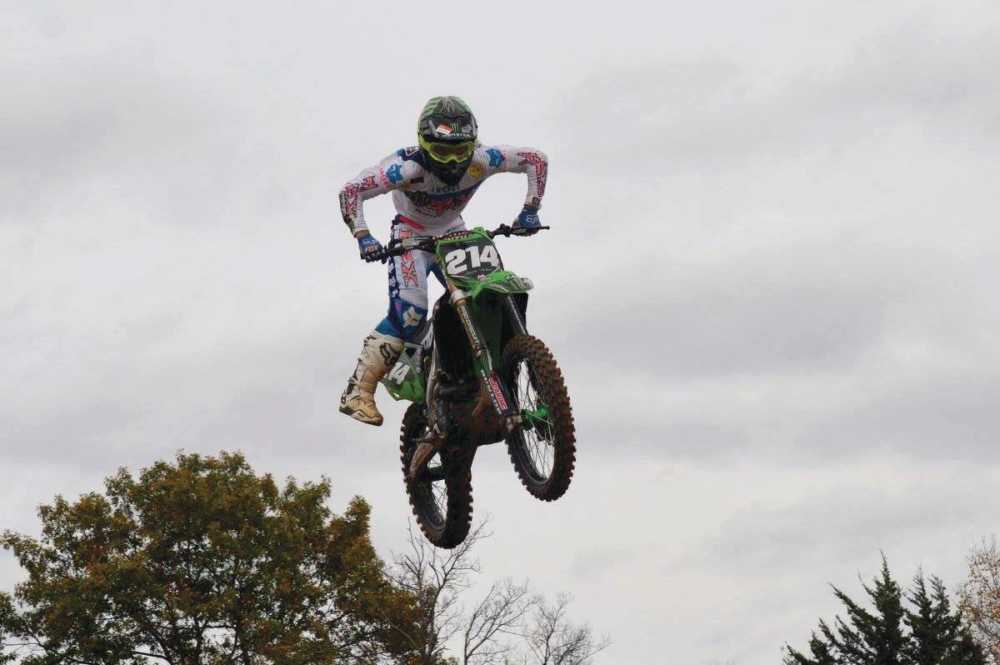 In this Daily Mail file photo from October 2015, Supercross star Austin Forkner hones his skills during a practice session at the local Nebo Hill dirt track.

Austin Forkner's Supercross championship aspirations came to a disheartening end Sunday, as a hard crash during the second lap knocked him out of the 250 East/West Showdown Finale in Salt Lake City.

The severity of the wreck resulted in a full-restart, as well as Forkner's departure from the event. As of press time Monday, details of Forkner's injury were not available.

Known for his fast starts out of the gate, Forkner was running in second at the time of the crash, while arch-rival Ferrandis was slotted into seventh and losing ground. Fresh off victory from his previous outing, another first-place finish would have put immense pressure on Ferrandis to finish at least fifth.

With his front wheel tilted too low on approach, Forkner lost control of his Kawasaki bike at the apex of a dirt-jump (hill). The Richards native was then flung forward, and hard, into the ground. While on the ground, Forkner was impacted by his bike on the right side of his body.

Forkner lay on the ground, nearly motionless, as competitors zipped around him by mere inches.

It also marks a second consecutive season that perennial contender Forkner had legitimate championship hopes snuffed out via a wreck.

Competing in the 250SX East division in 2019, Forkner held a sizable points lead with four races remaining. A hard spin-out in Nashville, however, resulted in a major knee injury, ultimately dropping the Richards native to a third-place season-finish.

The restart also had major ramifications for the 250SX East division, as contender Shane McElrath had a moderate lead wiped from the books. The restart allowed defending champion Chase Sexton a reprieve, as he went on to win the race, while locking up the season crown in repeat- fashion.

With a nearly insurmountable points lead heading into Sunday Eli Tomac, 27, collected the 450 division championship with a fifth-place finish.

It was Tomac's first 450 crown, making him the oldest rider in Supercross history to have achieved the feat.

__Editor's note: Sunday's race was the lone event of the 2020 season that combined racers from both the 250-FX East and West divisions