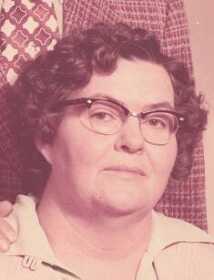 Letha Belle Smith of El Dorado Springs, Mo., passed away Wednesday, July 8, 2020, at Cedar County Memorial Hospital. Letha was born Nov. 19, 1927, in Boulder, Colo., to Hobart and Kaite (Reed) Staples. She was united in marriage to William Dempsey Fisher in Pineville, Mo., on May 13, 1943, and he preceded her in death. In 1965, she married Herschel Smith in Dederick, Mo., and he also preceded her in death.

Letha worked at several jobs including five years at the Star Poultry Plant in Anderson, Mo., and five years at Key in Nevada, Mo., before moving to California where she resided for 20 years. Following her return to Missouri she worked at the Nevada State Hospital for an additional 20 years until her retirement in December of 1988. She enjoyed the outdoors, flower gardening, her church, and especially spending time with her grandchildren and great-grandchildren.

Funeral services will be held at 11 a.m., Monday, July 13, at Ferry Funeral Home in Nevada with Mark Mitchell officiating. Interment will follow in Newton Burial Park in Nevada. The family will receive friends from 10 a.m. until service time on Monday. The funeral home will be open from 1-3 p.m. on Sunday.