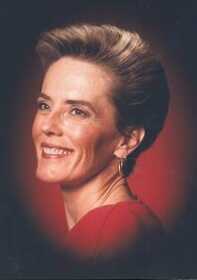 Pam grew up in Nevada and began her education in the Hackberry School where her class was the largest with six students. She then attended Nevada High School and graduated Class of 1973. While still in school she started working in banking which she continued doing for 42 years. She began her career at Citizens State Bank in Nevada and retired at Great Southern Bank in Nevada in 2014. Pam was a member of the First Baptist Church.

She is survived by one nephew, Kenny Halcomb (Erin), Nevada; and one niece, Andrea Halcomb, Neosho; and several great-nieces and -nephews. She was preceded in death by her parents; and one brother, Gordon Halcomb.

A Private Committal service will be held at 10 a.m., Friday, Aug. 21, at Deerfield Cemetery in Deerfield, Mo., with the Rev. Hubert Fox officiating. The family will receive friends from 6 to 8 p.m., Thursday, at Ferry Funeral Home in Nevada.

Memorials are suggested in her memory to the Deerfield Cemetery in care of Ferry Funeral Home.