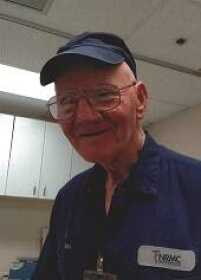 Bill was raised in Milo and also in Kansas City, Mo. He worked for over 20 years at the Sawmill in Deerfield and then worked at Nevada City Hospital and Nevada Regional Medical Center for 27 years until his retirement. Bill was a member of the Jehovah’s Witnesses in Nevada. He loved blue grass music, and could play the banjo, harmonica, guitar, and the mandolin. On more than one occasion he sat in with the Homestead Pickers in Branson. Bill also enjoyed gardening, and especially loved being with his family.

Survivors include two sons, Rick Compton, Port Townsend, Wash., and Kelly Compton (Beverly), Liberal, Mo.; one daughter, Crystal Wright (Paul), Fort Scott, Kan.; 11 grandchildren; numerous great-grandchildren, nieces and nephews. In addition to his wife, Sylvia, he was preceded in death by his parents; four brothers; one sister; a daughter, Rebecca Blunt; a granddaughter, and a grandson.

Funeral services will be held at 2 p.m., Tuesday, Aug. 25, at Ferry Funeral Home in Nevada. The family will receive friends from 7 to 8:30 p.m., Monday, at the funeral home.

Memorials are suggested in his memory to the Fort Scott Congregation of Jehovah’s Witnesses in care of Ferry Funeral Home.