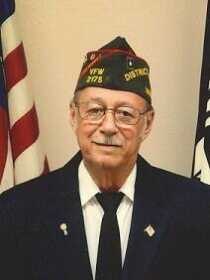 Arthur grew up in Kansas City, also residing in California, Mo., and Drexel, Mo. He graduated from Drexel High School Class of 1965. Arthur was drafted into the United States Army in August 1967 and continued to serve until 1989. Following his time in the service, he moved to Texas where he lived for 13 years. In 2003, Arthur came to Nevada and has resided here since that time. He worked as a custodian at Nevada High School from 2003-2006 and then at Wood’s Grocery Store until 2009.

Arthur was a lifetime member of VFW Post 2175 in Nevada and was a past Commander.

In addition to his wife, Thelma, he is survived by one son and one daughter; a sister, Cheryl Lybrand, Easton, Kan.; stepmother, Darlene Plain, Independence, Mo.; several nieces and nephews, including nephew Roger Wallace, Nevada. He was preceded by his parents.

Military Honors will be held at 6 p.m., Wednesday, Aug. 26, at Ferry Funeral Home, Nevada. Visitation will follow until 7:30 p.m.

Contributions may be made in his memory to VFW Post 2175 in care of Ferry Funeral Home.

At this time there are no limitations on the number of people attending funerals or visitations, however those in attendance will be asked to maintain social distancing, and that people are welcome to and, indeed, are encouraged to wear face mask to protect themselves and others.