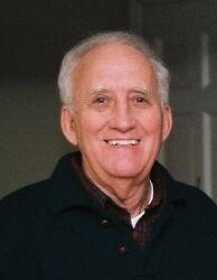 Jack Vernon Edmiston, 87, died peacefully on Sept. 8, 2020, in Charlotte, N.C. Jack was born Sept. 22, 1932, in Nevada, Mo., and was the son of Henry Vernon Edmiston and Mary Virginia (Bean) Edmiston. He lived in Nevada the entirety of his life until moving to North Carolina last year.

Jack graduated from Nevada High School in 1950 and had many fond memories participating in school plays, playing basketball, running track, cheering for the Tigers as a Yell Leader, and serving as Editor of the NEVAMO Yearbook. He enjoyed organizing and attending his class reunions. He attended the University of Missouri and Drury College where he was a member of the Sigma Nu fraternity and letterman on the Drury track team.

During the Korean War, he was drafted into the United States Army in 1953. Following basic training at Camp Chaffee, Ark., and Fort Sill, Okla., he was stationed in Augsburg, Germany as a supply sergeant until his honorable discharge May 1955. Jack returned to Nevada to join his family’s business, Edmiston’s Clothing Stores, which his father started in 1934. He helped lead the growth of the business which, at one point, had locations in Kansas, Colorado, Utah, and Missouri. He appreciated the dedication of long-time employees and the loyal patronage of customers. On June 10, 1962, Jack married Linda Louise Spillman, whom he finally asked out following her appearance in an Edmiston’s fashion show. They had a fondness for the dance floor which began during their courtship days at the Radio Springs Park pavilion. They raised three children and spent 50 happy years together.

Jack enjoyed swimming and diving, waterskiing, and annual snow skiing expeditions to Aspen, Colo. He was an accomplished tennis player, twice winning the Nevada City Championship. He was an avid reader, aspiring architect, and lover of all music, particularly Broadway musicals. He enjoyed performing in the community theatre and cherished being cast as the villain in the Diana’s Club annual fundraiser shows. His dramatic talents were evident during his tenure as Grand Old Geezer of the Old Buzzards Society, as were his storytelling skills with his fellow ROMEOs (Really Old Men Eating Out) at the Nevada Country Club. Most Sunday afternoons Jack could be spotted driving his vintage red Army Jeep to the 80 acres of property he owned on the outskirts of town which he considered his sanctuary. Here he taught his children how to ice skate on the frozen pond and fish, and spent endless hours mowing and moving dirt with his old John Deere tractors. Picnics with homemade ice cream and fireworks were regular events with family and friends.

Jack was preceded in death by his parents; his wife, Linda; and infant daughter, Cynthia. He is survived by his three children, Mark (Tina) of Lee’s Summit, Mo., David (Heather) of Atlanta, Ga., and Suzy Owens (Troy) of Charlotte, N.C.; and grandchildren, David, Charlie, and Beck Edmiston, and Lindsay and Rhys Owens.

A private committal will be held at a later date in the Deepwood Cemetery, Nevada.

Friends may call from now until Tuesday, Sept. 22, which would be Jack’s 88th birthday, at Ferry Funeral Home to sign a guest book. The family also invites friends to record their remembrances and anecdotes of Jack for all to enjoy by clicking the “Share a Memory” button alongside his online obituary at www.ferryfuneralhome.com.

In lieu of flowers, donations are suggested in Jack’s memory to the Cottey College Student Center or the Deepwood Cemetery Association in care of Ferry Funeral Home, 301 South Washington, Nevada, MO 64772.