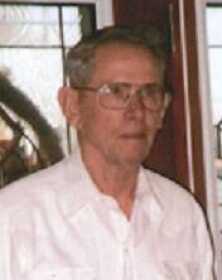 Jr’s first job was at the State Hospital in Nevada. He had a variety of jobs before becoming owner/operator of Gotchall’s DX station in Nevada. Jr retired from the Nevada R-5 School district where he spent several years as a mechanic and bus driver. He made several trips as the activity driver hauling students and many faculty to various events. Jr loved to dance as well as travel and was fortunate to visit many places and made many friends. He loved visiting with people and never knew a stranger.

Jr joined the United States Army on Aug. 25, 1952, and served in the Korean War. He was later honorably discharged as a Motor Pool Sargent. He was baptized Aug. 12, 1990, at the First Christian Church in Nevada and remained a member there.

He was preceded in death by his wife, Shirley; parents; and several siblings, Richard, Etta, Eugene, and Cecil.

Funeral services will be held at 2 p.m., Wednesday, Sept. 30, at Ferry Funeral Home, in Nevada, with Clifford Pettibon officiating. Interment with Military Honors will follow in Newton Burial Park in Nevada. The family will receive friends from 7:30 to 8:30 p.m., Tuesday, at the funeral home.

Memorials are suggested to “Wounded Warriors” in care of Ferry Funeral Home.