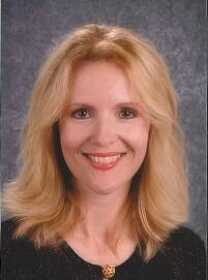 Lori grew up in Nevada and graduated from Nevada High School Class of 1988. She attended NE State University in Tahlequah, Okla., earning a BS in Education, and later earned her Master’s in Education from William Woods University in Fulton, Mo. In 2003, Lori began teaching Spanish and English at Northeast Vernon County High School where she also coached volleyball. In 2005, she went to El Dorado Springs High School to teach Spanish and became the Foreign Language Club Sponsor. She retired in August of 2020 due to her declining health. Lori was a member of the Church of Jesus Christ of Latter-Day Saints in Nevada. Throughout her life Lori enjoyed various sports including tennis, swimming, and basketball. She loved old horror movies, watching 80s game shows on TV, and was an avid pinochle player.

In addition to husband Loren she is survived by her parents, Ammon and Marlene Hizer, Nevada; her sister, Holly Hizer Caldwell, Nevada; father and mother-in-law, Joe and Frances Hunt of Gore, Okla.; numerous nieces, nephews, aunts, uncles, and cousins; and many self-adopted kids from school over the past 16 years.

Funeral services will be held at 10 a.m. on Oct. 19, at the Church of Jesus Christ of Latter-day Saints in Nevada with Bishop Tim Claypool presiding and officiating. Interment will follow in Newton Burial Park in Nevada.

Memorials are suggested in her memory to the Foreign Language Club Scholarship in care of El Dorado Springs, R-2 School. View obituary and send condolences online at www.ferryfuneralhome.com.