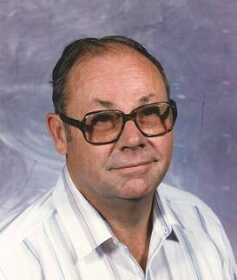 Dale Laverne Brockmeyer, 89, of Nevada died Nov. 7, 2020, at the Barone Alzheimer Care Center. He was born June 16, 1931, in Burlington, Colo., the son of Henry Brockmeyer and Meta Fasse Brockmeyer.

Dale graduated from high school in Burlington, attended Wartburg College, Waverly, Iowa, received his bachelor’s degree at Buena Vista University in Storm Lake, Iowa, and his master’sdegree from the University of South Dakota, Vermillion, with a grant from the National Science Foundation.

He served in the Army from 1953 to 1956. He was stationed at Camp Carson, Colorado Springs, and Eielson Air Force Base, Fairbanks, Alaska.

He met Helen G. Behrends of Pomeroy, Iowa, at Wartburg College. They were married Sept. 26, 1953, in Colorado Springs. They celebrated 67 years of marriage.

After leaving the army, he taught high school in Klemme, Iowa, and college at South Dakota State, Brookings, S.D. He then moved to Nevada in 1968 to teach at Cottey College. He then served as Vernon County health inspector and taught at Bronaugh High School until 1992. He also worked as a builder and developer, developing Vallee Hi country estates.

Dale and Helen traveled extensively. They also served on many mission trips for the United Methodist Church. He also enjoyed woodworking, fishing and playing cards.

He was a member of the United Methodist Church of Nevada. He was a scout master for Boy Scout Troop 14 in Brookings and also worked with the scouts in Nevada. He was a faithful blood donor.

He is survived by his wife, Helen, of Nevada; three sons, Brent Dale and wife, Karen, of Jefferson City, Gary Lee and wife, Janelle, of Stillwell, Kan., and Glen Joel and wife, Heather, of Nevada. He also has eight grandsons: Jared and wife Sara, House Springs, Kellen and wife Mani, Springfield, Landon and wife Samantha, Chicago, Aaron and wife Hannah, Olathe, Kan., Travis of Overland Park, Kan., Garrett of Denver, Colo., and Taven and Keaton of Nevada. He also has two great-granddaughters, Eliza and Fiona of House Springs. He is also survived by one sister, Arlene Brockmeyer, Phoenix, Ariz.; and a family friend, Jason Gage, of Springfield.

A service for immediate family will be held Saturday. A memorial service is planned at a later date.

In lieu of flowers memorials are suggested to the Barone Center or the United Methodist Church.