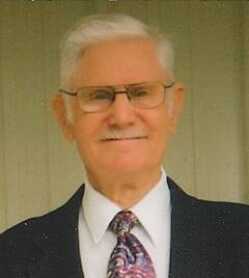 Carl Edward Benson, 97 of Schell City, passed away on Friday, Nov. 27, 2020, at the Nevada Regional Medical Center. Carl was born on Feb. 1, 1923, in Turlock, Calif., the eldest son of Carl and Sophia Benson. He grew up on a farm where they raised dairy cattle, peaches, and almonds. He graduated from Turlock High School in 1941. In 1943, he was drafted into the United States Army and served in Italy, France, and Germany during World War II. Carl married Edith Claire Harmon from Bainville, Montana on Nov. 24, 1951. They owned and operated a dairy farm in California until 1968, when he and Edith moved to Colorado to raise sheep. In 1978, they decided to relocate to northern Arkansas, where he built numerous homes over the next two decades. In 1990, they retired to Schell City, Mo., where Carl built his last home.

Carl was a child of the Great Depression, and his character was shaped by that difficult time. He never wasted anything that might be of value, yet he was personally content with only the tiniest of luxuries. A survivor of several combat theaters in Europe during World War II, he had his share of close scrapes. He earned a bronze star as well as commendations for excellent marksmanship. Carl farmed, ranched, and carpentered throughout his life. No task was too difficult: he was a master at breaking gigantic jobs into small pieces and then patiently whittling away until he had achieved the goal. He was well known for his strong faith, work ethic, and thriftiness. Although he is remembered for his quiet humility and dry wit, those who knew him well also recall his wide interest in music and chemistry, as well as his amateur naturalist studies of birds, trees, and flowers. Reading in Swedish and German was also something he enjoyed and tried to maintain. Perhaps above all, Carl was a Christian gentleman. Throughout his life, no matter where he lived, Carl could always be found in church, where he worshipped his Savior Jesus Christ and loved singing traditional hymns. Carl also was a student of Scripture and loved reading his German Bible, especially the last few years of his life.

Funeral services will be held at 1:30 p.m., Tuesday, Dec. 1, at the Church of Israel in Schell City with Pastor Dan Gayman and Reed Benson officiating. Interment with military honors will follow in Greenlawn Cemetery in Schell City. The family will receive friends from 5 to 7 p.m., Monday, at Lewis-Hoagland Funeral Home in Schell City.