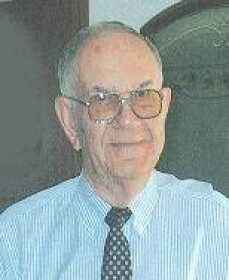 Glen was a 1948 graduate of Appleton City High School. He and Dorcus moved to Nevada in 1951. Glen worked at Sears for 31 and a half years until the store in Nevada closed. He also worked for Evergreen Funeral Home until its closing. He drove many Nevada High School students to activities over a 9 year period. Glen donated many hours taking anyone who needed a ride to appointments/treatments and also visiting shut ins. He was known for his perfected peanut brittle recipe and his generous, sharing heart. Glen was a member of the First Christian Church in Nevada for almost 70 years and served in a leadership capacity many of those years. He had a loving heart and Sunday morning door greeting and hugs were anticipated by many church goers.

Contributions may be made in his memory to the First Christian Church Nevada in care of Ferry Funeral Home.