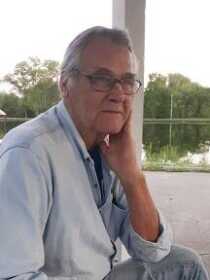 Karl Otis Householder (83 years old) was born in Sandstone, Mo., to his parents Roy and Lucille (Palmer) Householder. He went to be with his Lord Jesus on Dec. 5, 2020, at the Hospice House of Kansas City, Mo., after a hard fought battle with cancer. Karl is survived by his loving wife, Barbara (Hardenbrook) Householder, of their home in Nevada, Mo.

Karl attended High School in Nevada, Mo. He was on a winning basketball team and loved to play the game especially with his brother. Following High School he attended SMS College in Springfield, Mo., where he also participated in R.O.T.C. He then became a High School Biology teacher and a coach. After teaching, Karl went into sales and worked for Johnson & Johnson Pharmaceuticals Co. and sold medicinal drugs to doctors over the 4-state area for several years. Then opportunity came for Karl to work at another thing he liked which was building and he became a builder of new homes and commercial buildings. He was a business man, but was raised on a farm where he worked with his family and he loved those years on the farm growing up. Karl and his brother Jim both loved old tractors and began going to tractor pulls all around the state; if you’ve been to Sheldon, Mo., “Old Settler’s Picnic” you’ve probably seen them taking home the trophies with all their family in the stands to cheer them on! About that time he was becoming a “trader.” He always had something new to bring home that was interesting; old tractors, antique farm equipment, riding mowers, tractor tires, silver campers, and so many collectible things he traded for. Karl and Barbara both enjoyed going to auctions and sales searching for antiques and collectables. After a while they had to open their own antique shop! Karl and Barbara really enjoyed this and it became a family thing. After Karl retired, he went to work at the First Christian Church in Nevada, Mo., where he worked for 7 years. Karl was baptized at FCC as a teenager and was a member there for over 60 years! He loved music and taught himself to play piano and was working on the violin. He also loved flying airplanes. He took lessons and was able to pass his solo flight!

The thing Karl enjoyed most was being with his family. All the children, grandchildren, and great-grandchildren were the highlight of his life. He was a teacher at heart and shared lots of important things with them, he played with the little ones, helped with school projects, and attended sports and programs, and taught them how to work on their cars. Karl showed the kids how to treat others and lead by the Golden Rule and taught the kids to be fair and helpful, cheerful, show respect for each other and always remember to be thankful. He prayed over the family’s meals’ together and blessed them with his love.

There will not be any funeral services or gatherings at this time.