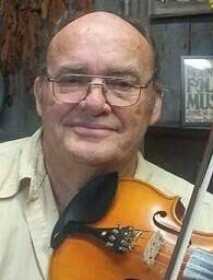 Gary Ray Johnston, (age 83) Nevada, Mo., passed away at home Dec. 19, 2020, after a lengthy illness. Gary was born the baby of eight children born to Audie and Mae Johnston, Lamar, MO. He graduated from Lamar High School in 1955 and was a member of Pentecostal Assembly, Nevada, MO.

On March 5, 1979, Gary married Lynn who survives of the home. Lynn lists no maiden name because she wasn’t anybody until she became Gary’s – they were of each other. To this union were born two sons Beau Johnston (Tara) and Tad Johnston, both of Nevada. Gary and Lynn combined a family of yours, mine, ours, and theirs to create their own family legacy; they were all his kids. Left to honor this fine man are JW (Dub) Stark (Brenda) Nevada; Bea Lyda, Coalgate, OK; Gary Lee Johnston, LaClede MO; John Howell, Nevada; Scotty McGaha, Nevada; Carrie Mae Bergman (Greg) Kansas City, MO; Angie Beckman, Nevada; Gaila Fioretti (Pat) Harrison, AR; and son, Dean Stark who preceded him in death. Countless grandkids have a grandpa to look up to now and forever.

Gary was born into a musical family and when asked how old he was when he learned to play, he laughingly said he was eight before he realized everybody didn’t play. He was always smiling or laughing. Gary’s beloved siblings include Gailand Johnston, Lamar, MO; Maxine Francis, Lamar; Thelma Lehman (Roy), Lamar; and Connie Taylor (Bud) Kearney MO. Gary has joined Don Johnston; Bud Johnston; and Dean Johnston in Heaven where the music can only be imagined.

Gary Johnston was a well renowned fiddler who played everywhere with everybody. He was the one the musicians sought out in a jam session, laughing, and playing till the wee hours welcoming the best to the least talented to join him. Most notably he played with the Leavell Brothers and Company Band for a great number of years. Who doesn’t remember dancing to the Leavell’s and Gary’s fiddle?

He was also a local carpenter who would proudly point out to anybody within earshot that he worked on that house or this house and roofed that one with so and so. He swung a hammer all day, sawed a fiddle all night and used those same hands to hold and love on a gazillion kids during his lifetime. There will be no other.

Services will be held Tuesday, Dec. 22, 2020, at Pentecostal Assembly, 2010 N. Ash, Nevada, with Pastor Dennis Engelbrecht officiating. There will be informal visitation before and after services.