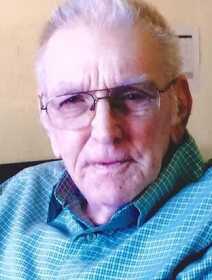 Robert graduated from Walker High School Class of 1951. Following high school, he joined the United States Army in 1953 and was honorably discharged in 1956. While stationed in Germany he met and married Vera Paula Fentzahn on November 24, 1955 in Karlsruhe, Germany. Robert and Vera came to the United States in May of 1956 making their home in the Walker-Nevada area where they have continued to reside since that time. For three years Robert worked for the Nevada Police Department, Kraft Foods for an additional three years, and retired from Guy’s Foods after 30 years as a route salesman. Robert was a member of the First Christian Church in Nevada.

Funeral services will be held at 2 p.m., Thursday, Dec. 31, at Ferry Funeral Home in Nevada with Pastor Bill Platt officiating. Interment with Military Honors will follow in Newton Burial Park in Nevada. The family will receive friends from 1-2 p.m. on Thursday prior to the service.

Memorials are suggested in his memory to the First Christian Church in care of Ferry Funeral Home.