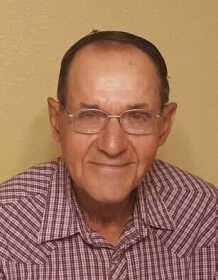 Truman was raised on a rural Bronaugh, Mo., farm and attended a one room Glenwood grade school and graduated from Bronaugh High School Class of 1963. After high school, he was cordially invited (drafted) to serve in the United States Army, where he was deployed to Vietnam, for two years. After returning from serving his country he married his sweetheart, Margie Coonrod, the love of his life for 54 years, on June 25, 1966, in Garland, Kan.

Truman was a founding member of the Main Street Bible Church, which he attended faithfully every week. He was also a member of Liberal Civic Group, and the Liberal VFW Post No. 2664. He worked at McNally manufacturing in Pittsburg for 30 years until its closing, then worked for progressive products in Pittsburg until his retirement in 2010. Truman loved to hunt, fish and garden, plus he spent countless hours outside.

After being blessed with grandchildren he loved to attend Liberal Bulldog basketball and softball games.

The family will receive friends from 9 to 10 a.m., prior to the service.