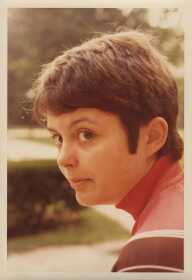 Cathy Gail McAdoo Wilheim died in Wichita, Kansas, on Wednesday, Dec. 23, at age 68, of complications from Parkinson's Disease and diabetes, exacerbated by Covid-19.

Born and raised in Nevada, Cathy was the valedictorian of her senior class at Nevada High School in 1970. After attending the University of Missouri for a year, she transferred to Princeton University, making her one of the first women to attend the Ivy League school.

She received her bachelor's degree from Princeton in 1975, having majored in English and having written as her required senior thesis a biography of her grandfather, Clarence McAdoo, a longtime Nevada resident who had died in 1963.

After graduation, she held a variety of jobs. She was twice a reporter for newspapers, in Michigan and Kansas. She was an executive secretary at the Kellogg Foundation in Battle Creek, Mich. She was a top official of the New Jersey Community Loan Fund.

In the late 1980s and early 1990s, she ran her own business, MicroSST, which taught people to use personal computers. She later sold antiques and collectibles, both in storefronts and via websites on the Internet.

She was the campaign manager for several candidates seeking political office, then ran unsuccessfully herself. After moving to Wichita in 1998, she became the volunteer coordinator and office manager for the Sedgwick County Democratic Party.

Cathy is survived by her husband; her son, Jeffrey Ross Wilheim of Medford, Mass; her mother, Nelda McAdoo, and brother, Jack McAdoo, of Nevada; her sister, Sharon Turner of Bolivar, Mo., and multiple nieces and nephews.

There was no funeral. A memorial service may be held at a later date. Donations in her memory to the Parkinson's Foundation would be an appropriate gesture.