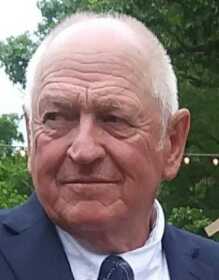 Louie was born on November 10, 1946 in Winburg,South Africa to Louis and Martha Magdalena (Max Sevenstar) Trytsman. Louie attended school and graduated in Winburg, SA. After high school Louie was in the South African Army, where he received a metal for sharp shooting, after his time there was complete, he served in the Army Reserves.

Louie met Marie Magdalena (Labuschagne) in the Transval area of South Africa. They were united in marriage on January 3, 1970. To this union three children were born.

Louie and Marie lived on the family’s farm known as Sunnyside in Orange Free State, South Africa where they farmed 1200 acres and raised sheep, until their move to the United States of America in August 1993, after they had attended a Revival where they met Pastor Dan Gayman, while on a Hunter’s ministry trip. After meeting Pastor Gayman, he and Louie became close friends and remained until Louie’s passing. Louie and his two sons acquired permanent residency and citizenship to live in the USA after many years of documentation and financial expense.

Louie and Marie first lived in Florida where Louie, his son’s Hannes, and Lourens worked at an orange picking manufacturing facility. Marie and daughter were homemakers. They later moved to the state of Missouri, where Louie could get back to his roots, farm and work on a cattle farm near Schell City. Soon they moved to Indiana to work in steel metal construction. Later they moved to Michigan to work on White pig farm before moving back to Missouri where they finally settled and purchased their 20 acre farm in the out skirts of Walker. Here Louie ran his own mechanic business working on cars, trucks, heavy equipment and tractors, which he had recently started up again.

Louie and his three children lost their beloved Marie on October 15, 2004 to Breast Cancer.

Louie met Jeannie Wright and they were wed on May 7, 2017 they settled happily on the farm with their dog (KoKo), Paul’s favorite CATS (Rooney, Layla, Walter, Sissy, Cato) more CATS, chickens (Hayhay), pigeons, sheep(Thelma and Ethel), and who knows what other creatures Jeannie was about to talk him into next.

Louie was an avid John Deere fan. There wasn’t a Johnny Popper he didn’t love and appreciate. He owned and operated many John Deere tractors and combines over the years. He purchased a 730 diesel and it is currently being used on the farm.

Louie had many quirks and a stubby finger he will be well remembered for by his children and grandchildren.

Louie was preceded in death by his parents Lewies and Max Trytsman, his only sister Lena Wasserman, and his beloved wife Marie.

Services will be held at 1 p.m., Saturday, Jan. 3, at the Private Graveside Flat Rock Cemetery, in Schell City, Mo.

In Lieu of flowers memorial donations to the charity of your choice is suggested.