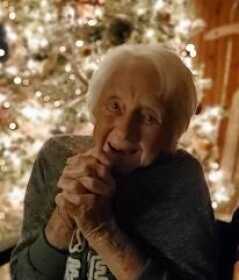 Christine was raised in Michigan and attended school there. In the late 1950’s she came to Kansas City, then later moved to Butler where she lived and worked at Bates County Hospital for 17 years as a clerk until her retirement in 1987. Following retirement, she came to Nevada and worked for Thompson Floral for a number of years. She enjoyed going to garage sales and camping. Christine attended the Pine Street Baptist Church in Nevada.

Graveside services will be held at 2:00 p.m. on Thursday, January 7, 2021 at Newton Burial Park in Nevada with Paul “Buster” Plunkett officiating. The family will receive friends from 7-8:00 p.m. on Wednesday evening at Ferry Funeral Home in Nevada.