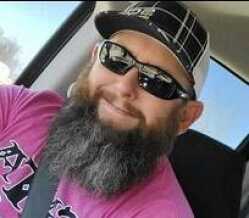 Eric was booted out of high school his senior year by the principal, who told his parents that he thought it was the best thing to do at that time, to keep him away from school, so he did not graduate with his class but he went on to earn his GED which is harder to achieve than graduating from Nevada High School. After he got his GED, he enrolled in Missouri Welding Institute, received his welding degree, and went over the road as a Boilermaker Welder working on power plants. After being on the road so much, he came back, worked a few different places, then went to work at an apartment complex with Richard Brockman. Eric and Richard made the decision to strike out on their own and started EZ Home Improvement. EZ was Eric’s “nickname” as a welder. Eric was an ordained minister and performed several weddings. Eric truly enjoyed his Harley Davidson motorcycle, riding with his friends as much as possible. Eric also enjoyed working on his “40’s” rad rod. He put a big Cummins motor in it, and his next step was to put a large turbo and blower on it, hoping to have it finished in time for the Bushwhacker Parade so he could be in it if there was going to be one this year. Eric was an avid coon hunter, deer hunter, and fisherman. He loved the outdoors! He loved to go mushroom hunting and looking for arrowheads! Eric was a very intelligent and talented person. He could do anything he set his mind to. Eric loved his grandchildren more than anything. He will be deeply missed by all his family and friends.

Funeral services will be held at 10 a.m., Friday, Jan. 8, at Ferry Funeral Home in Nevada with Mark Mitchell officiating. Interment will follow in Hazel Dell Cemetery in El Dorado Springs. The family will receive friends from 5 to 7 p.m., Thursday, at the funeral home.