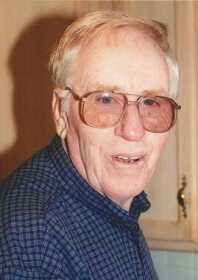 Upon returning from active duty, Bill married the love of his life Phyllis Raney and they would enjoy 63 years of marriage together. With their daughter Sharon and son Billy Dean, Bill and Phyllis lived in the Kansas City area where Bill owned and operated various businesses including a chandelier company near downtown Kansas City. In 1989, Bill and Phyllis moved back to rural Walker, Mo., where Bill owned a printer cartridge repair business along with operating a farm where he raised cattle and maintained several properties.

Bill was a true lover of life and adored his wife, kids, grandchildren, and great-grandchildren. His sense of humor and boisterous personality was infectious to any that were near him. A devoted Christian, Bill was always willing to give what he could to those in need and spent many years serving as deacon at Nevada’s Assembly of God Church. His drive and work ethic was unparalleled as no task was too difficult and no project too large for Bill to tackle.

Bill was preceded in death by his parents, James and Pearl Scotten; and his son, Billy Dean Scotten. He is survived by his wife, Phyllis; daughter, Sharon and her husband, Bob Wilson, (Riverton, Kan.); along with numerous grandchildren, great-grandchildren, nieces, nephews and cousins.

Funeral services will be held at 2 p.m., Tuesday, Jan. 26, at Nevada Assembly of God Church, in Nevada, with Pastor Bob Wilson and Pastor Mickey Russell officiating. Interment will follow in Berea Cemetery, Walker, Mo. Friends may call now and until the hour of service at Ferry Funeral Home in Nevada.

In lieu of flowers, the family requests that donations be made to Nevada Assembly of God church in Nevada in care of Ferry Funeral Home.