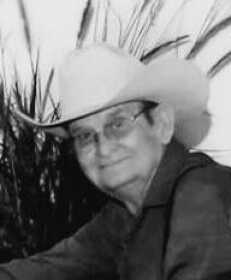 Tom Charles Claflin, 81, Sheldon, passed away Tuesday, Jan. 27, 2021, at his Sheldon home surrounded by family, following a short illness. Tom was born Oct. 19, 1939, in Anthony, Kan., to Charlie Clark and Electra Lee (Kraus) Claflin. He was united in marriage to Betty Jane (Janie) Landwehr on Jan. 28, 1960, in Liberal. She survives of the home. Tom and Janie were one day short of celebrating their 61st wedding anniversary.

Tom was raised as a child in the Perry, Okla., area. His family moved south of Bronaugh when Tom was 11 years old. Upon his 1958 high school graduation from Liberal High School, Tom began a lifelong farming career. In his early years, Tom baled hay each summer at the Taberville prairies. As his family grew, he settled into full-time row crop farming and raising cattle in the Sheldon area., a profession he continued until his retirement in 2020.

Tom’s memberships included serving 16 years on the Sheldon R-8 School Board of Education; the Sheldon Cemetery Board; Nevada Elks Lodge No. 564; and was a Boy Scout leader that included serving as an adult advisor for the Mo-Kan Area Council Order of the Arrow. In 2012, he received a 50 year pin from the Boy Scouts of America.

Funeral services will be at 2 p.m., Monday, Feb. 1, at Ferry Funeral Home, Nevada with Pastor Roger Beach officiating. Interment will follow in the Sheldon Cemetery. The family will receive friends from 5-7 p.m., Sunday, Jan. 31, at the funeral home.

In lieu of flowers, the family suggests donations to either the Nevada Animal Shelter or the Vernon County Youth Fair in care of Ferry Funeral Home.