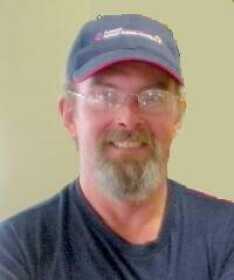 He was born September 26, 1961 in Washington, DC and was the fourth child of John Linten Rosser and Teresa Green Rosser. Tim leaves behind his daughter, Jennifer Rosser (Joshua Pierce); three brothers and two sisters, Loretta Rosser Dhanagom (Cheverly MD)., Mark (Kathy) Rosser (Milo, MO), Dennis (Eden) Rosser (Olathe, KS), Maria Rosser (Bill) Rooney (Leawood, KS) and Chris (Jijie) Rosser of Cortland, OH; along with 13 nieces and nephews. Tim lived in Washington, DC until 1970 when he moved with his siblings and mother to Nevada, MO. In May of 1980 Tim graduated from the Nevada High School and later joined the Airforce. He attained the rank of Staff Sergeant. Tim served his country well and was honorably discharged in 1986. While living in Panama City, FL, he met and later married his wife, Becky Jones. Their daughter Jennifer Rosser was born in 1994. Tim moved to Boardman, OH in 2013.

Because of his love for fixing things and helping others with mechanical car problems, Tim enjoyed working in automotive stores.

Services will be private. If you would like to make a donation, please consider the Wounded Warriors Project, support.woundedwarriorproject.org .