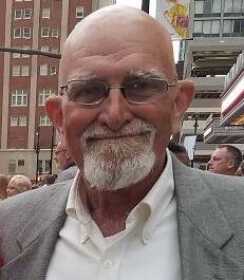 Bill graduated from Nevada High School in 1969 and studied engineering at the University of Missouri-Rolla, earning a BS in Mechanical Engineering in 1973. Upon graduation, he was commissioned into the United States Army and served for over 30 years, with six years of active duty. Bill earned a master’s Degree in Engineering Management from the University of Kansas in 1984 and his civilian occupation was also engineering. He retired as a Senior Mechanical Engineer from ViroCon in 2009.

In his youth, Bill was a talented athlete, especially in track and basketball. Later, you could find him on the golf course, mowing his lawn, or working on his house. His home was always open, and many people who knew him lived there at some point. Nieces, nephews and grandchildren knew Bill was always ready for fun and spent hours letting them hit golf balls in the back yard or bouncing them on his waterbed.

Memorial services will be held at 11 a.m., Saturday, Feb. 27, at Ferry Funeral Home, in Nevada. Private interment will follow.

Contributions may be made in his memory to KC Hospice House.