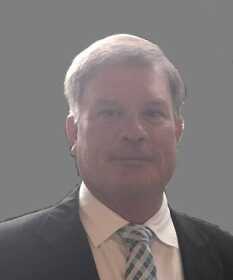 John Milton McNeley, 58, passed away on Monday, March 15, 2021, at his home. John, who was named after both of his grandfathers, was born to Charles A. “Buzz” and Elsie McNeley on Sept. 29, 1962, in Everett, Wash. He moved with his family to Nevada, Mo., in 1966, and except for school and a short stint living in Kansas City, was where he lived his entire life.

John attended school in Nevada and graduated from high school with the class of 1980. John attended Central Missouri State University for one year, then transferred to Southwest Baptist University where he played baseball and graduated with a degree in Accounting. After graduation, John worked for his Uncle Marvin Davison at Verco Sporting Goods. He then returned to school at the University of Arkansas where he earned an MBA in 1987. John moved to Kansas City, Mo., and worked for Tolli Freightways as an accountant. It was not long before John realized his true passion was to coach and teach at his Alma Mater. He moved back to Nevada and served as an assistant basketball coach while obtaining his teaching certification in Business from MSSU. That same year, his coaching legacy began as he helped lead the Nevada Tigers to a state runner-up finish.

In the spring of 1991, Jodie Davis was touring the high school as a prospective teacher and coaching candidate when she was introduced to John by head basketball coach, Dave Adams. They began dating in the fall of 1991 and were later married on June 5, 1993.

John started his full-time teaching career at Nevada R-5 in 1992, where he continued to serve as the JV basketball coach for 4 years. In 1996 he became the head coach and led the Tigers for the next 18 years. That tenure included a 95-96 conference and district championship, 97-98 district championship, 98-99 conference championship, and 99-00 conference championship. Coach Mac concluded his coaching career as the winningest Boys’ Basketball coach in Nevada High School history with 228 wins. John also served as Assistant Baseball Coach for a number of years. In 2014, he stepped away from the court to serve as the Nevada R-5 Athletic Director where he continued to use his passion for athletics to mentor coaches and student-athletes of all sports and activities.

John was a man of faith and was a member of the First Baptist Church for over 50 years. He served as a deacon and on the Council of Stewards. John was committed to his church, family, and his faith.

John is survived by his wife, Jodie McNeley, of Nevada; his daughter Morgan Sanderson and her husband, Cole; and three sons, Myles, Lane, and Logan; his brother David and his wife, Kim; nephew, Grant McNeley and his wife, Chelsey; and niece, Carlin McNeley. He was preceded in death by both of his parents.

Coach Mac will be remembered for his fierce competitive, yet quiet, compassionate way of building relationships. He will be greatly missed by his coaching family, his church family, his R-5 family, but most of all by his wife and kids.

Memorials can be made to the Nevada R-5 Foundation for the “Coach Mac Scholarship” in care of Ferry Funeral Home.