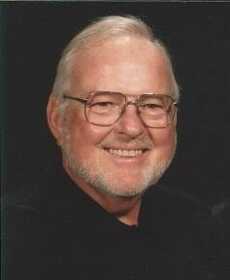 Dr. L.M. Magruder of Nevada, Mo., passed away on Saturday, Oct. 9, 2021, at St. Luke's Hospital in Kansas City. He was born on March 18, 1940, in Lentner, Mo., to Charles F. and Jewell M. Magruder. At age 3, his parents and family moved to Kirksville, Mo., where he attended grade school. He then lived in Shelbina, Mo., with his Aunt Dora Mae and Uncle Harold Gilbert and graduated from high school in 1958. Dr. Magruder attended Truman State University and graduated in 1962 with a Bachelor of Science teaching degree in Science and Chemistry. At that time, he was also a member of the Blue Key National Honor Society. He entered medical school the following fall at the University of Missouri School of Medicine and graduated in 1966.

Upon graduation from the University of Missouri School of Medicine, he received the Family Practice Award for the most outstanding student in Family Practice Medicine. He served his internship at Broadlawn's Polk County Hospital in Des Moines, Iowa, from 1966-1969. After, he enlisted in the Air Force and was stationed at Elsworth Air Force Base in Rapid City, S.D., for two years. He was a member of the Strategic Air Command support group and particpated in medical care for B52 bomber pilots and their families during the Vietnam War. He then practiced medicine in Chadron, Neb., from 1969 until 1973. On Aug. 7, 1973, he married his wife, Janice and together they raised two daughters, Julie and Christy. He joined Nevada Medical Clinic that same year where he finished his career in 2003.

Dr. Magruder was a member of the Nevada Regional Medical Center staff from 1973-2003 and the NRMC Foundation from 2005-2010. He was appointed by Governor Ashcroft in 1990 to the Coordinating Board of Higher Education, where he served until 1996. He served as medical director of Park Care Manor from it's opening in 1994 until 2003, and was Assistant Medical Director at Nevada Manor for many years. Dr. Magruder was a member of the West Central Missouri Medical Society, Missouri State Medical Association, American Medical Association, Nevada Elks Lodge, First Baptist Church, and American Legion.

Mitch was dedicated to his family and community, and was fortunate to have spent his life in the company of wonderful colleagues and lifelong friends. He will be missed by many.

In honor of Mitch, donations may be made to the charity of your choice.

Funeral services will be held at 10 a.m., Saturday, Oct. 16, at the First Baptist Church, in Nevada, with Dr. William Cox officiating. Interment with Military Honors will follow in Newton Burial Park. The family will receive friends from 5 to 6:30 p.m., Friday, at Ferry Funeral Home, in Nevada.

Memorials are suggested in his memory to the charity of your choice in care of Ferry Funeral Home.