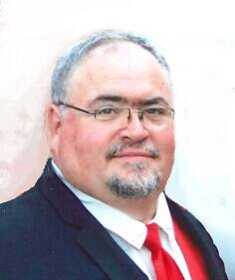 Steven was raised in Nevada and graduated from Nevada High School in 1979. He worked at Fram Corporation in Nevada for 21 years until their closing. He also worked for a time at Harleman Global in El Dorado Springs, and at Tamko in Webb City. Steve was currently working at Precision AERO in Nevada. Steven loved hunting and fishing at Bennett Springs, Mo., spending time with his family, especially his grandchildren, and working at the church.

Funeral services will be held at 10 a.m., Wednesday, Nov. 3, at Ferry Funeral Home, Nevada. The family will receive friends from 5 to 7 p.m., Tuesday, at the funeral home.

Contributions may be made in Steven’s memory to the Milo Baptist Church Building Fund in care of of Ferry Funeral Home.