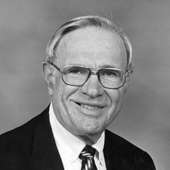 Some people receive fame and publicity in life. Others go through this life experience without the publicity and may not be widely known, yet they make a valuable contribution while they're here. One of these individuals was Lucille Pettibon Butner. She made the transition into another dimension last week. She lived from the "Mud Age" to the "Space Age," and she enjoyed the changes.

I became acquainted with Lucille after she married Stanley Butner. He and I belonged to and were active in the same church. She and I developed a good friendship. In 2000 she wrote a book about her life, her family, and her career, "The Way It Was."

This was a good gesture on her part, as the information will be passed down to future generations. More people should do the same thing. I was fortunate enough to be the recipient of a copy at Christmas in that same year.

She wrote the book at the request and urging of her family. As she was writing the book, she often talked about the challenge she had undertaken.

Many favorable comments have been made about Lucille. Charles Johnson was talking about her the other day. She was a friend of his mother and was well acquainted with the family and she was once Charlie's teacher. He recalled that on first day of school, Lucille looked at him and said, "Charles Earl, I know your family and I had your sister and brother and they were good students. I expect a lot out of you." She challenged her students to do well and many of them achieved success with her influence. Charlie said that she had an influence on a lot of people.

Lucille started teaching when she was 18, right after she graduated from high school. This was common back in those days. She was teaching before I entered grade school, at a one-room school. Our son, Greg, was among the students who were taught by her in school. She earned a bachelor's degree and master's degree as well by attending college and taking courses during the summers, at night, and on Saturdays.

Born Diana Lucille Post, she was the fifth of six children in her family. The Post family lived on a farm two miles north of Moundville.

There is a major contrast between life during her early years compared to today. I had heard her tell the story about the day she was born, and in the book she said, "Dad never failed to remind me that I was born on one of the coldest nights recorded -- minus 20 degrees below zero. He burned seven buckets of coal, and I was placed by the stove in a big rocking chair that had a feather tick in it. When he took the doctor back to Moundville, he said he and the horses nearly froze to death. One of the horses fell on the ice, but luckily it was able to get up. When he got home, the horses were ice covered, with icicles hanging from their mouths. He put the team in the hay barn and covered them with blankets. We all survived. Date: January 31, 1918 -- 20 degrees below zero. We didn't know about a wind chill factor then." They celebrated holidays and birthdays, however there were hardly any gifts given. One Christmas, she received her most treasured gift -- a doll. She was 6 years old and this is the only doll she ever had. It was not until she was 70 years old that she found out that it was given to her by a neighbor, her dad's best friend.

The family worked hard and times were tough. She referred to Thanksgiving and Christmas school vacation as Butchering Days. This is when they did the butchering to provide the meat for the entire year. In the book she described the butchering procedures.

When her Aunt Margaret found the moon sign to be right in the warm spring, they made lye soap. Wash Day was Monday. She told about the washing of the clothes -- an all day job. "It was scrub, rinse, and wring -- every piece by hand. Can you imagine doing this for eight people? This was plain, undiluted work!"

Ironing day was Tuesday. Irons were heated on the cook stove.

Education consumed a major portion of her life and she saw tremendous changes.

As a student, she attended Carl School, a one-room school. She described the day at school and the rules that they had. While somewhat different, it also nearly described the school I attended during grade school, Black School. The students walked to school 2 1/4 miles in all kinds of weather on a dirt road. Ball point pens or fountain pens did not exist -- instead they inserted a pen point into ink to write. The library was almost non-existent. The libraries at schools today are huge and consist of every learning device that will aid students in learning.

Lucille's sisters had taught her how to read and write before she started the first grade.

She had one classmate -- a slow learner. When she entered the second grade, the teacher promoted her to the third grade, which was more of a challenge. Four others were in the class, including her brother Andrew.

The ritual that took place when school started is interesting, in that much of it is forbidden these days. "When the 9 a.m. bell was rung we lined up outside and marched quietly inside and stood beside our desks. We gave the pledge to the flag, prayed the Lord's Prayer, and sang 'America' or 'America the Beautiful.' We were seated and the teacher read us a Bible story from Halibut's Bible Stories."

She attended high school at Nevada. One year they were required to pay tuition and the family could not afford to send them to high school. The following year it was ruled that the Moundville school district had to pay the tuition. It was disappointing to her to be out of school for a year at age 15, but she held a job at a store in Moundville.

Her first teaching job was at Ragtown, located southwest of Moundville, with 14 pupils, grades one through eight. Lucille taught there until she was hired for the Moundville upper grades, five through eight. When their son Tom was born and until he entered school she did not teach. She went back to teach at Moundville. The following year, Lucille went to Deerfield School to straighten their school out. She taught there for four years before going to Bronaugh for three years.

She then taught at Nevada School District for 21 years, plus 6 years as a substitute. She enjoyed her teaching career and loved the students.

Lucille was proud of her family and wrote about each one of them including her first husband Woodrow Pettibon, who died in 1975, her parents, their son Tom, her siblings, and her husband Stanley Butner, who died in 1996. She wrote about their hardships and challenges -- also, many things were mentioned that were humorous.

She was a person of high principles and character. Lucille was active in the Nevada United Methodist Church and held positions of leadership. As a faithful servant, the church was meaningful to her life. She enjoyed having fun, which included playing dominos and cards.

There is a copy of her book in the city library. It is interesting and well worth reading.

Deepest sympathy is extended to her family and close friends. Goodbye, Lucille.

I appreciated your friendship.

More from this columnist · Leonard Ernsbarger