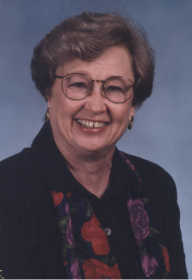 Nola J. Hartzfeld, 69, of Nevada, passed away on Friday, Nov. 5, 2010, at the Kansas University Medical Center in Kansas City, Kan., following a lengthy battle with cancer. Nola was born on Nov. 11, 1940, in Alton, Ill., to Clifford Eugene Arbuthnot and Gladys Fern Volentine Arbuthnot. She was married June 1, 1959, in Nevada, to Kenneth R. Hartzfeld and he preceded her in death.

Nola grew up in Illinois, lived in Chester, England, for a time, and graduated from Hackensack, N.J., High School. Nola attended Cottey College and graduated from college at Central Missouri State University in Warrensburg, Mo. She later received her master's degree from Pittsburg State University, Pittsburg, Kan. Nola worked with her husband at Vernon County Oil in Nevada for many years. She later taught school at the Nevada Regional Technical Center for many years and following retirement continued to substitute teach there. She served on the board of directors of Quality Products, was an active member of Beta Sigma Phi Sorority, a member of P.E.O., Thalia's, and was a volunteer for the Nevada Regional Medical Center Auxiliary. Nola was a member of the United Methodist Church, where she was a long-time member of their Chancel Choir, rang handbells, served as Church Treasurer, Lay Member to Missouri United Methodist Conference, Sunday school teacher, and numerous other church offices, and was a willing volunteer.

Friends could call until noon on Monday, and the family received friends between 7 and 8 p.m., Sunday, at Ferry Funeral Home, Nevada.

Contributions may be made in her memory to the United Methodist Church or the American Cancer Society c/o Ferry Funeral Home, 301 S. Washington, Nevada, MO 64772.