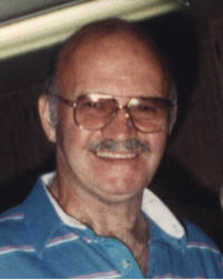 Clarence Jay Baker was born April 6, 1934, to Ame and Grace Baker in Kalamazoo, Mich. He passed away at his home surrounded by family and Heartland Hospice nurses on March 2, 2011, at the age of 76. He was preceded in death by his parents, Ame and Grace; sister, Annie Borgais; his daughter, Anita Baker-Wright and her husband, Gary Wright; nephews, Michael Baker and Chris Borgais; sister-in-law, Barbara Baker; and brother-in-law, Donald Turner.

Clancy was raised in Kalamazoo, where he attended 4th Dutch Reform Christian Church, and Kalamazoo Central High School, graduating in 1952. After graduation he worked in the trucking industry, ultimately becoming an independent owner/operator. In March 1977, while dining at a favorite restaurant, Clancy met the love of his life, Kathy, when she walked in on crutches with a broken leg and two crying toddlers in tow. Kathy later became employed at this restaurant where they became friends and fell in love. A year later on May 11, 1978, they were united in marriage. This union of family became complete on Feb. 25, 1983, with Clarence's adoption of Mike and Kyle.

Life in Missouri began in 1984 when the family relocated to El Dorado Springs. Clarence went to work at Cecomo Manufacturing, driving a semi-truck. After heart surgery in 1989, he returned to work driving again, until a logging accident forced his retirement. Not one to stay retired, he began part-time work as a driver delivering pallets for 3M Corporation.

In 1997, he went to work as a mental health worker for Heartland Hospital in Nevada. These 12 years at Heartland were the happiest of times for him as he truly enjoyed his work with the kids, many of whom call him "Grandpa" to this day. He also developed friendships that were very important to him with his co-workers.

Everyone who knew him, knows the love he had for his dogs, they were always on his lap when he was home. Clancy also had a love of the casino; he recently enjoyed a trip last December with his wife on a two day get away. He won!

Clarence was known to many by many different names: Clancy, Pops, Dutch, Boss or the Old Fart. He was a joker, lovingly calling his wife Kathy the "Warden" for all their 33 years of marriage. He said this was because she cares for all the creatures that walked through the door, himself the Dutchman, kids, dogs, and anyone who needed help.

Clarence was known for his laughter and friendly manner. No matter where he lived, the local coffee shop quickly knew his name. He developed long lasting friendships at many places like Linda's Diner, 54 Café, and Quick Dine. He will be missed by many.

Friends may call now and until the hour of service at Ferry Funeral Home, and the family will receive friends at the funeral home, Saturday, between 10 and 11 a.m., prior to the funeral service.

Those who would like to make a memorial contribution in Clarence's name are encouraged to make them to St. Jude Children's Research Hospital in Memphis, Tenn., in c/o Ferry Funeral Home, 301 S. Washington, Nevada.