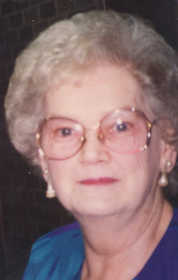 Mary Mildred Schulz, 85, Nevada, passed away on Wednesday, March 9, 2011, at Mercy Hospital in Fort Scott, Kan., following a lengthy illness. She was born on Nov. 3, 1925, in Kansas City, Mo., to Joseph Leon Pottorf and Mildred Frances McCuiston Pottorf. She married Bill J. Schulz on Dec. 22, 1951, in Kansas City, Mo., and he survives of the home.

Mary was raised in Kansas City and graduated from Southeast High School. Later she graduated from the University of Iowa with a Bachelor's Degree in history and business. She and her husband came to Richards in 1954. She has lived in Nevada since 1982. Mary was a member of the Order of Eastern Star in the Nevada and Sheldon Lodges where she served as past Worthy Matron. She was a longtime member of the First Christian Church in Nevada.

Funeral services will be held at 10 a.m., Saturday, March 12, at Ferry Funeral Home, Nevada, with the Rev. Bill Platt officiating. Interment will follow in Newton Burial Park, Nevada. Friends may call now and until the hour of service and the family receives friends from 6-7 p.m., Friday, March 11, at the funeral home.

Those who wish may contribute in her memory to the First Christian Church, Nevada, in care of Ferry Funeral Home, 301 S. Washington, Nevada.