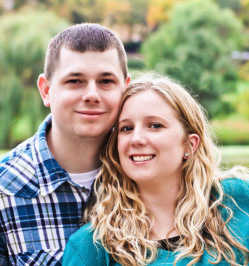 David and Sue Hoskin announce the engagement of their granddaughter, Arley Hoskin, to Logan Arkenberg, son of Gale Beach, Tecumseh, Kan., and the late Michael Arkenberg.

Arley graduated Fort Scott High School in 2001 and graduated from MidAmerica Nazarene University in 2005 with a degree in mass communications. She currently works as editor of the Kansas City Nursing News.

Logan graduated from Shawnee Heights High School in 1998 and graduated from the University of Kansas School of Pharmacy in 2007. He currently works as a pharmacist for Genoa Healthcare in Topeka, Kan.

The couple resides in Lawrence, Kan., and plans to wed in May in Baldwin City, Kan.