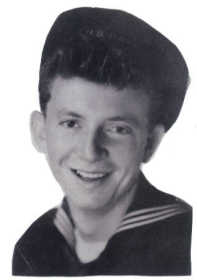 Otis Clyde Rider, 88, Nevada, died Wednesday, July 20, 2011, at the Veterans Administration Hospital in Kansas City, Mo., following an illness of several months. He was born Jan. 10, 1923, in Coldwater, Kan., to Clarence Percy Rider and Anna Belle Wait Rider. In 1945 he married Wilda Crawford and she preceded him in death in 2004.

Mr. Rider was born in Coldwater, Kan. He served in the United States Navy during World War II in the Pacific Theater of War. He served on two different ships that were sunk, the USS Liscome, and the USS Alpine, but was fortunate enough to survive both incidents. He was a recipient of Cluster of Purple Hearts. Following the service, he moved to Vernon County, Mo., where he made his living as a carpenter and builder. He was a member of the Veterans of Foreign War, the Eagles, and the Elks.

A memorial service will be held at 10 a.m., Monday, July 25, at Ferry Funeral Home, Nevada, with full military honors, with Alan Sikes officiating.

Friends may call now and until the hour of service at Ferry Funeral Home in Nevada.

Contributions may be made to the Worsley Cemetery Association in care of Ferry Funeral Home, 301 S. Washington, Nevada.