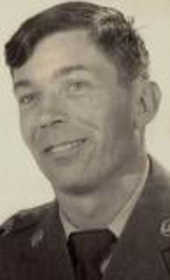 Robert was born in Liberal, Mo., but grew up in Belton, Mo., and graduated from Belton High School. He served in the U.S. Air Force from 1947 to 1967 during the Berlin Airlift, and both the Korean and Vietnam conflict's. He was a member of the Pine Street Baptist Church in Nevada.

Friends may call now and until the hour of service at Ferry Funeral Home in Nevada, and the family will receive friends at the funeral home Thursday between 10 and 11 a.m., prior to the funeral service.

Contributions can be made, in his memory, to the Central Christian Center in care of Ferry Funeral Home, 301 S. Washington, Nevada.