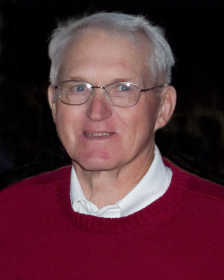 Ronald Ray Simmons, 73, died Nov. 9, 2011, at St. Luke's Hospital in Kansas City, Mo., following a heart attack. He was born June 17, 1938, in Fort Scott, Kan., the youngest of five children born to Earl and Hazel (Killion) Simmons. Ron attended Fort Scott schools his entire life, graduating from Fort Scott High School in 1956. In high school, he was a stand-out athlete on the football field and basketball court. Following graduation, he enjoyed participating in town league fast-pitch softball. On Oct. 6, 1957, Ron married the love of his life, Bernadine McCurley. They made their home and raised their family in their hometown. They were blessed with three daughters, Susanne, Kim and Traci.

Ron took over the family business, Simmons Timber, when he was in his early 20s. Being in "the timber" brought him great joy. He never retired. In 1964, Ron began dirt track racing, driving modifieds and late-models. He was a legendary presence on the track, known as the "Silver Fox." He won numerous track championships and more than 300 feature races. His racing career spanned 37 years, and he ran his last "official" race in 2001, at the age of 64, though it was hard to keep him from the racetrack.

Besides his wife and daughters, his greatest love was his 10 grandchildren and 10 great-grandchildren. They felt the same way about him. Ron was a man of character and integrity. He was adored by his family, and has been a living example for all of them about what it means to be a husband, father, and grandfather. His passing leaves an empty space in the hearts of all who knew him. He was so loved and will be forever missed.

Funeral services will be held at 1 p.m., Saturday, Nov. 12, at the Community Christian Church in Fort Scott. Interment will follow in the Evergreen Cemetery. Memorials are suggested to the Sharing Bucket and may be left in care of the Cheney Witt Chapel, P.O. Box 347, 201 S. Main, Fort Scott, KS 66701.