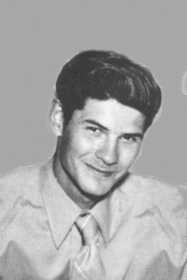 Funeral services will be 11 a.m., Thursday, Dec. 1, at The Way Church in Newton, with the Rev. Joe Kent officiating. Burial will be at Newton Memorial Park Cemetery. Family and friends may call at the church starting at 10 a.m., Thursday, until service time. Memorials in George's name may be left at the funeral home or church.

George, the son of Joseph John Gobb and Margaret Marie Berneth, was born Dec. 13, 1945, in Newton. He attended Newton schools.

George drove trucks over the road, was a pipe fitter in Oklahoma oil fields, had dug graves and driven a tow truck. Having lived in Davenport, Des Moines, Oklahoma and Missouri, he devoted time to his children, grandchildren and family.

Pence-Reese Funeral Home, in Newton, have been entrusted with arrangements.