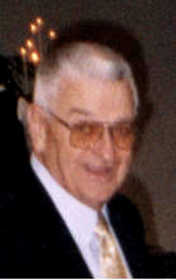 Mr. Rich was raised in Nevada and graduated from Nevada High School. He worked for the Missouri-Pacific Railroad and later the Union-Pacific Railroad for 43 years until his retirement in 1997. He lived in Kansas City for 43 years and came back to live in Nevada in 1998. Mr. Rich attended the First Baptist Church in Nevada and was a member of the Association of Railway Supervisors and the National Association of Retired & Veteran Railway Employees. He was an avid hunter, fisherman, and outdoorsman, who found his greatest pleasure in teaching all of this to his grandson, Jake.

In addition to his wife, Sue, survivors include one daughter, Deb Asberry, Nevada; one grandson, Jake Asberry; his father, Kevin Asberry, Nevada; and numerous nieces and nephews. He was preceded in death by two sisters, Delcena Walker and Betty Pinnell.

Funeral services will be held at 2 p.m., Tuesday, Feb. 21, at Ferry Funeral Home in Nevada with the Rev. Hubert Fox officiating. Interment will follow at Newton Burial Park in Nevada.

Friends may call now and until the hour of service at Ferry Funeral Home in Nevada, and the family will receive friends at the funeral home Monday, Feb. 20, 6 and 8 p.m.

Contributions may be made in his memory to either Nevada Regional Medical Center Hospice, or the Kansas University Medical Center Heart Center in care of Ferry Funeral Home, 301 S. Washington, Nevada.