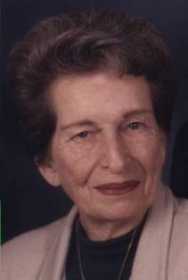 Maxine was raised in Nevada and graduated from high school in 1946. She was a homemaker and lived nearly all her life in Vernon County. She helped for many years with the family pecan orchard. Maxine enjoyed fishing, reading, dancing, sewing, knitting, and country music.

In addition to her husband Leon, she was preceded in death by her parents; and one brother, Marine Sgt. Jim Thompson, who was killed in action in Korea in 1950.

Those who wish may contribute in her memory to the Nevada Hospice or a charity of your choice in care of Ferry Funeral Home, Nevada.