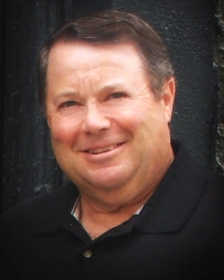 He was born March 1, 1953, in Fort Scott, Kan., the son of William Sauerwein and Marlyn Smith Sauerwein. Edward was a 1971 graduate of Fort Scott High School and Fort Scott Community College. He graduated from Pittsburg State University with a bachelor degree in secondary education. Edward married Vicki Garrett on May 27, 1973, in Fort Scott. He was employed as an engineer for the BNSF Railroad. He was a member of the Rising Sun Mason Lodge and the Fort Scott Scottish Rite. He loved fishing, reading, working genealogy, and especially spending time with family.

There was a cremation. The Rev. Jared Witt will conduct memorial services at 2:30 p.m., Monday, July 2, in the Cheney Witt Chapel. Burial will follow in Centerville Cemetery. The family will receive friends from 1:30 p.m. until service time at the funeral home. Memorials are suggested to either the American Cancer Society or the Red Cross and may be sent to Cheney Witt Chapel, P.O. Box 347, Fort Scott, KS 66701.