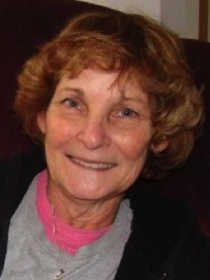 Sue W. Hartline, 68, residing in Henderson, Nev., died in the hospital on Jan. 11, 2013, after long health struggles. Sue was born in Monterey, Calif., on Nov. 6, 1944, to William Ivory St. Clair and Gertrude Francis (Cartwright, Bumgardner) Hartline. Sue worked for decades at the Missouri State Hospital where she lived most of her life in Nevada, Mo.

No services will be held in respect for her wishes. Sue was a strong, beautiful woman with an independent spirit. She was always very loving and supportive of her family, and we will always remember Sue in our hearts.