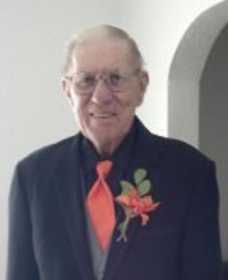 Donnie spent his life as a farmer. Upon his death, he was currently a board member of the PWSD No. 2 of Milo and a member of the Sheldon Booster Club. He had served on the Sheldon School Board for four years and was also a past member of the Nevada Elks Lodge No. 564. Favorite pastimes included Nascar and the Pittsburg Steelers.

Funeral services will be held at 10 a.m., Thursday, July 18, at Ferry Funeral Home, Nevada, with Roger Beach officiating. Interment will follow in Sheldon Cemetery, Sheldon. Friends may call until the hour of service with visitation to be held from 6-8 p.m., Wednesday, July 17, at the funeral home.

Contributions may be made in his memory to the Shirley Leavell Memorial Field in Sheldon or the Sheldon Cemetery in care of Ferry Funeral Home, Nevada.