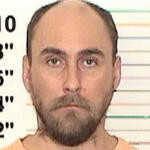 On Tuesday, Bob True Beisly III pleaded guilty in the United States District Court in Springfield to his part in a long running scheme to defraud Cargill, Inc., a leading producer and marketer of food and agricultural products, by creating fictitious scale tickets for loads of grain that were paid for but never actually delivered to the company's feed mill at Butterfield, Mo.

According to Tammy Dickinson, the U.S. attorney for the Eastern Division of the Western District, the 39-year-old Beisly III waived his right to a grand jury indictment on July 15 and pleaded guilty to one count alleging wire fraud and one count alleging mail fraud before United States Magistrate Judge David P. Rush on Tuesday.

Federal court documents allege that between 2008 and 2012 Beisly operated trucking companies under the names of "K&B Grain" and "Jack in the Box Grain" which contracted to ship grain to various feed mills throughout the Midwest Region of the U.S. During that time Beisly "entered in contractual agreements with Cargill to deliver feed and grain to the Butterfield" feed mill.

The court documents allege that in March of 2008 Beisly approached the scale operator in Butterfield about "creating fictitious scale tickets for non-delivered loads of corn as a way to make money and ultimately defraud the owner of the feed mill."

The documents further state that beginning in March and continuing until September of 2012 Beisly received such "fictitious and fraudulent scale tickets" for both K&B Grain and Jack in the Box Grain for loads that never existed.

In return for creating the fake documents for the undelivered loads called "ghost loads" Beisly allegedly paid the "feed mill's scale operator $500 in cash for each ticket." Each ghost load generated a fake scale ticket for Beisly, one for the scale operator and one for Cargill's corporate office in Minnesota.

Cargill paid some of the invoices by check through the U.S. Postal Service and some of them by interstate electronic transfer of moneys. Court documents allege that during the previously mentioned four years of operation, Cargill paid K&B Grain and Jack in the Box Grain $559,616.22 for "the delivery of 'ghost load' shipments."

Since some of the money was paid by check and some by electronic transfer, Beisly was charged with one count each of mail fraud and wire fraud. According to the plea agreement signed on Tuesday, the electronic payments have been traced to a bank in Nevada, the mailed payments to Beisly's Nevada address.

The plea agreement specifically states that "[b]y entering into this plea agreement, the defendant admits that he knowingly committed these offenses, and is in fact guilty of these offenses." The agreement also states the defendant's plea of guilty on count one can result in a minimum sentence of probation and a maximum sentence of no more than 20 years in a federal prison and a $250,000 fine.

Count two carries the same sentencing guidelines and court documents state there is no possibility of parole for any sentence of imprisonment. How-ever, in addition to imprisonment, the court may "impose a term of supervised release of up to 3 years; that the court must impose a period of supervised release if a sentence of more than one year is imposed." The plea agreement also states that the U.S. may take civil, judicial or administrative forfeiture actions against any of Beisly's assets to satisfy a money judgment of $559,616.22 for restitution.

A sentencing hearing is to be scheduled after a pre-sentence investigation by the U.S. Probation Service. Beisly was transported to the Federal Courthouse in Greene County from the Missouri Department of Corrections facility in Booneville where he was already serving a four-year sentence for probation violations in Vernon County and felony charges in Bates County, stemming from a July 2012 incident near Rich Hill.