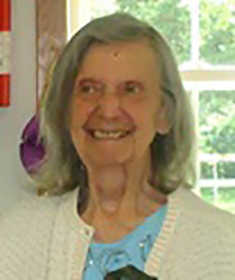 Amy was raised in Michigan then moved to Florida, and later she moved again coming to Missouri at that time. She enjoyed a variety of hobbies including knitting, crocheting, gardening, flowers, and country music. She also had memberships in the Jolly Senior Citizens, and the Sheldon United Methodist Church in Sheldon, F.O. Eagles and Women of the Moose (Loyal Order of the Moose) in Florida.

Services will be held 10 a.m., Friday, Nov. 22, at Ferry Funeral Home in Nevada with the Rev. Wayne Coble officiating. Interment will follow in the Sheldon Cemetery, Sheldon, Mo. The family will receive friends from 7-8 p.m., Thursday, at Ferry Funeral Home. Friends may call now and until the hour of service.

Contributions may be made to the family in care of Ferry Funeral Home.