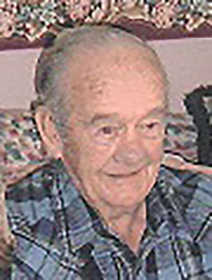 Glenn was raised in Milford and graduated high school there. He served in the United States Army during World War II. While in the army he served under General George S. Patton, fought in the Invasion of Omaha Beach, the Battle of the Bulge, and was at the Liberation of Buchenwald Concentration Camp. Glenn was awarded four bronze stars. Following the war, he came back to Milford where he worked hauling logs and grain for a time. Glenn then became a diesel mechanic and worked in the oil fields of California, Colorado, Wyoming, Utah and Alaska. He returned to Lebanon, Mo., from Alaska in 1972, then moved to Sheldon in 1976. Glenn operated the Dockery Heavy Equipment Repair business in Sheldon from 1986 to 2001, when he retired at the age of 77.

Survivors include in addition to his wife, Sunyoa; two children, Ken Dockery and his wife, Beverly, Spring City, Tenn., and Glenna Treece and her husband, Lloyd, Osage Beach, Mo.; numerous grandchildren and great-grandchildren; one brother, Dale Dockery, Camdenton, Mo.; one sister, Lorene Norwood, Nevada; and several nieces, nephews and cousins. Glenn was preceded in death by his parents; one son, Dale Dockery, in 2010; and two brothers, Delbert Dockery and Carl Dockery.

Funeral services will be held Wednesday, Dec. 11, at 2 p.m., at Ferry Funeral Home, Nevada, with the Rev. David Rorabaugh officiating. Interment will follow in Sheldon Cemetery, Sheldon. Family will receive friends from 5-6 p.m., Tuesday, at the funeral home.

Contributions may be made in Glenn's memory to the Sheldon Cemetery Association in care of Ferry Funeral Home.